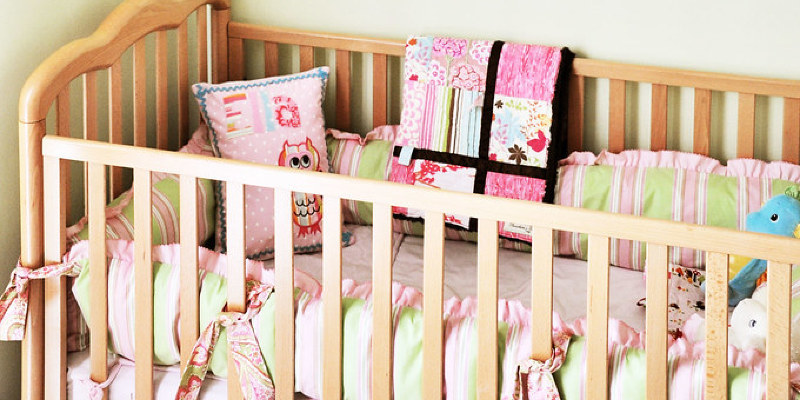 Jude Stewart is a journalist and an author, specializing in style, colour and visual culture. Her first book, ROY G. BIV: A Exceedingly Sudden Novel About Color, will be released September 17, 2013. She resides in Chicago.

Every expectant parent fields the question, Are you having a boy or a girl? But if you are expecting your first book about colour to hit movies at the exact same time as your kid will enter the entire world — well, let us just say it ups the ante on the followup query substantially: What color will your son’s room be?

My response in short: red, offset with grays and black. Of course, more than the actual shade, folks wish to know the reasons we picked that colour. I am happy to say our choice was guided not merely by cheapness (why reinvent our former guest bedroom, now baby’s room?) But also by study.

The ironclad pink-is-for-girls, blue-is-for-boys dictum is of remarkably recent classic, a “rule” of decorating our grandparents wouldn’t have recognized as gospel.

At a preceding ideabook, I explored how the colors adorning our walls infiltrate our brains, moods, and even bodily prowess. This one functions to float some surprisingly durable myths about color’s connection to sex.

Individuals may begin as XX and XY, but we shouldn’t let that duality overshadow the outstanding rainbow of colour options nestled between blue and pink.

Jo B. Paoletti, professor, apparel historian and author of Pink and Blue: Telling the Boys from the Girls in America, first clued me into the gendered history of blue and pink. In the 18th and 19th centuries, babies were dressed in light colors of any color, ideal to resist scalding-hot washes. More finicky parents might choose clothing colors to coincide with their babies’ complexions; for example, blue outfits such as blue-eyed babies.

World War II’s end brought two sea fluctuations in colour trends. To begin with, bored with drab wartime colors, consumers hungered for brighter colors. Secondly, women reentering the house after wartime work outside it never completely reembraced the homespun procedures of the past.

Children’s clothing was store purchased, more brightly hued and colorfast enough to endure repeated cycles in the household’s new washer-dryer units. Pink got tinged with female overtones through icons like the 1955 Dodge La Femme (tagline: “By appointment to Her Majesty: the American woman”) and the “Think Pink!” Ditty in Audrey Hepburn’s 1957 movie Funny Face.

Paradoxically, Paoletti says it was 1970s feminists’ railing against pink — representing the blinkered conception of midcentury womanhood — that finally cemented the color’s association with the female. Pink colors similar backlash moves even now. During the 2009 Christmas period, the Pink Stinks effort took aim in a pink-colored globe, publicly asking, Why should we swaddle a neutral topic like geography in pink for girls?

The lore of colour in kids’ rooms requires even more spins. I recently met one of the colour advisers at Hello My Name Is Colour in San Francisco, who advised me of a much-ballyhooed prohibition in interior design against painting baby’s rooms yellow, on the premise that it is too stimulating to promote sleep. Having grown up in a sunflower-colored bedroom, I thought, Did I plague my parents with incessant, unexplained yowling? Or does this colour myth not hold water?

Back to our son Lev’s room. We chose red for motives of frugality and historicity, but more than colour we focused on creating a graphic stripiness. As in a number of other baby’s rooms, we are packing lots of furniture into a very small area, so we needed to gird the room’s miscellany using a transparent visual through line. That’s supplied by a flat black chalkboard-paint stripe — a location, coincidentally, where we will scrawl welcoming poems to our small man (with two writer parents, it is a common urge).

With each erasure, the chalk paint softens into a milky grey, a calming color chosen up in cushions in our “fainting sofa,” where tired parents and helpful grandmas will sleep. The major poster is an enhancement of a matchbook cover from the former East Germany; it reads in translation, “She has the ticket sports are important!”

This poster over the changing table spells the ring name “Hella” in mirror image if you see it; I interviewed its founder, graphic designer Dirk Fowler, years back.

We picked this up trapezoidal red mirror on Bergsstrasse, antiquing harbor of Berlin, on among many occasions we dwelt there.

Over the baby’s crib we hung this marvelously graphic poster bought at Haymaker in Andersonville, Chicago. I can just imagine how that cherry-red “a” will one day swim into startlingly clear focus for Lev.

This arrangement will be supplemented by a delightful Flensted Viking-ship cellphone — because we would really like to raise a child who alternates between bookishness and occasional marauding-Viking awesomeness.

So when the stork darkens your horizon with his package, think pink or blue, but also every conceivable color! Infants make manifest all the marvelous quirks of human nature; it is only fair that they should be celebrated with all colour palettes of similar variety.

Tell us : What color did you paint your baby’s nursery?